No Result
View All Result
Home Life in Taiwan

After an historic race, according to voting results as of 9pm on January 11th 2020, it seems President Tsai will win a second presidential term. The DPP (Democratic Progressive Party) 民進黨 will likely hold onto power for another 4 years.

It was an epic battle between the incumbent and the presidential hopeful, Han Kuo-Yu. The pan-blue presidential candidate started his bid after holding position as Kaohsiung mayor for nearly one year.

Later the same day Ms Tsai secured just over 57% of the ballot for a record 8.2m votes. This was also a record turnout for Taiwan voters. She came in well ahead of her rival Han Kuo-yu.

China continues to claim sovereignty over Taiwan since the end of the Chinese civil war in 1949. A recurring message from China – It says Taiwan must eventually be reunited with China, by force if necessary. 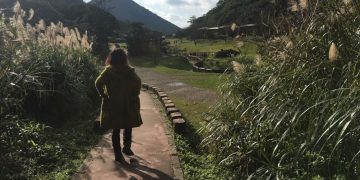 For a nice day out, getting away from the crowded, hustle and bustle of Taipei, Erziping Trail on Yangminshan is...

How to Stay Safe When Applying for TEFL Jobs